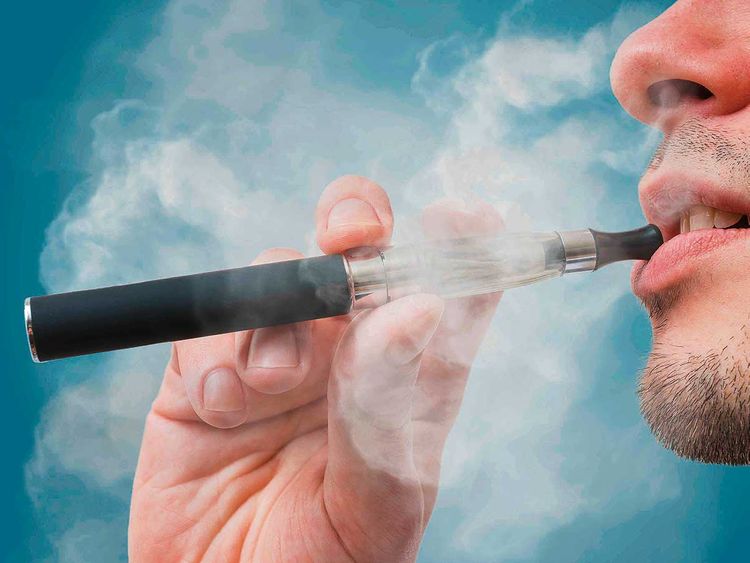 New Forms of Smoking: New Risks to Your Oral Health?

By now, you’ve likely assimilated the information that smoking tobacco is terrible for your dental health (and your health in general.) It commonly leads to more dental plaque, halitosis, a greater chance of gum disease, and even greater risk of oral cancer. Consult your local Naperville dentist before vaping or considering e-cigarettes.

Today, however, there are new forms of legal smoking available, and sales are booming. The reasons include help giving up tobacco, the belief that vaping is less harmful than tobacco use, the desire to smoke in tobacco-free areas, and simple enjoyment. E-cigarette use among middle school students and high school students, populations recently less inclined to indulge in tobacco use, is particularly on the rise.

Given their recent introduction, many people are less knowledgeable about any oral hygiene issues associated with e-cigarettes. Accordingly, let’s take a look at e-cigarettes (vaping) and cannabis oil and consider whether they’re likely to make it more difficult to maintain a healthy mouth. 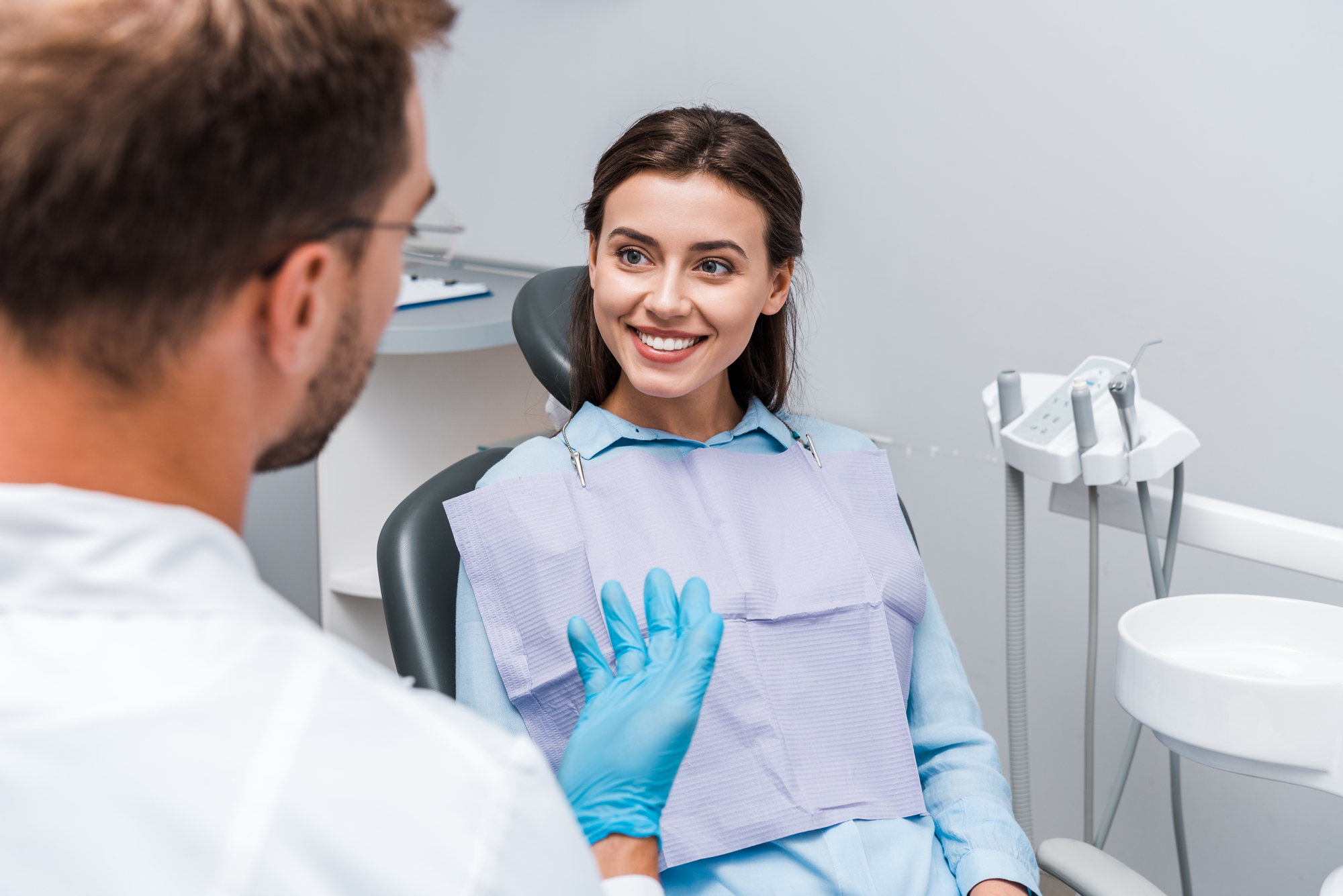 The good news about e-cigarettes, to the very limited extent there is any, is that they don’t have tobacco in them. Rather, they contain a battery that heats a liquid. The liquid then turns to a vapor (or aerosol), and that’s what the smoker inhales.

It’s a common misconception that the aerosol is essentially just water vapor and thus harmless. That actually isn’t so, however. The liquid (and thus the vapor) may contain propylene glycol, glycerin, nicotine (or sometimes THC), flavoring, little particles of metals like lead or tin, and other chemicals. All of this mixture can go deep into the lungs when the smoker inhales. Your Health, E-Cigarettes, and Nicotine

In addition to its addictive properties, nicotine can impair attention, thinking, and memory. That’s especially an issue for teens and smokers in their early twenties who vape when the brain is still developing.

Nicotine can also have a deleterious effect on the heart and circulatory system. Studies have revealed that e-cigarette users are apt to have high blood pressure and a faster heart rate. There’s damage to blood cells and a decrease in the effectiveness of the immune system.

Your Health and Other Substances in E-Cigarettes

Various other substances commonly found in e-cigarettes can cause asthma, chronic obstructive pulmonary disease, other serious lung ailments, and cancer.

Your Health and E-Cigarettes: Other Safety Considerations

The nicotine in refill bottles can be poisonous if someone swallows it. Unfortunately, small children, who are prone to mistaking the liquid for candy or a sweet drink, are particularly at risk for this behavior.

E-cigarettes have also been known to catch fire or explode, either while the lithium battery is being charged or when someone is actually smoking.

Having noted all the general health and safety issues above, let’s turn to the specific problems e-cigarettes pose for proper oral hygiene. All nicotine product, e-cigarettes included, come with an increased risk of oral health problems.

Because nicotine diminishes blood flow, it can result in receding gums. The gums aren’t getting sufficient oxygen and nutrients to stay healthy. Thus gum tissue dies, and gums recede. When that happens, teeth become more sensitive, and there’s increased risk of tooth cavities and even tooth loss.

The nicotine in e-cigarettes also reduces the production of salvia. That leads to dry mouth, more harmful bacteria, more plaque buildup, and, once again, tooth decay.

That nicotine additionally acts as a muscle stimulant. That can start you grinding your teeth or exacerbate the problem if you already have a problem with tooth grinding (a condition known as bruxism.) Bruxism commonly leads to tooth damage and other oral health problems.

In addition, the nicotine inhaled while vaping causes the gums to swell and produces inflammation. Thanks to dry mouth and a thriving population of harmful bacteria, conditions are then perfect for the development of gum disease. Vapers are likely to experience common symptoms of gum disease including red, irritated, or bleeding gums, tender or swollen gums, receding gums, chronic bad breath, and teeth that are loose or fall out entirely.

When the propylene glycol (PG) breaks down (as it does during vaping), it produces propionaldehyde, lactic acid, and acetic acid, all toxic to soft tissue and gum enamel. PG also bonds to water molecules and so is another contributor to tissue desiccation and dry mouth.

The glycerin in e-cigarettes combines with the flavoring to increase the adhesion of microbes to tooth enamel and boost biofilm formation. Enamel hardness decreases while the viscosity of the e-liquid helps harmful bacteria adhere to pits and crevices where teeth are especially vulnerable to decay.

Finally, if an e-cigarette catches fire or explodes while in use, the potential for damage to the mouth is obvious. 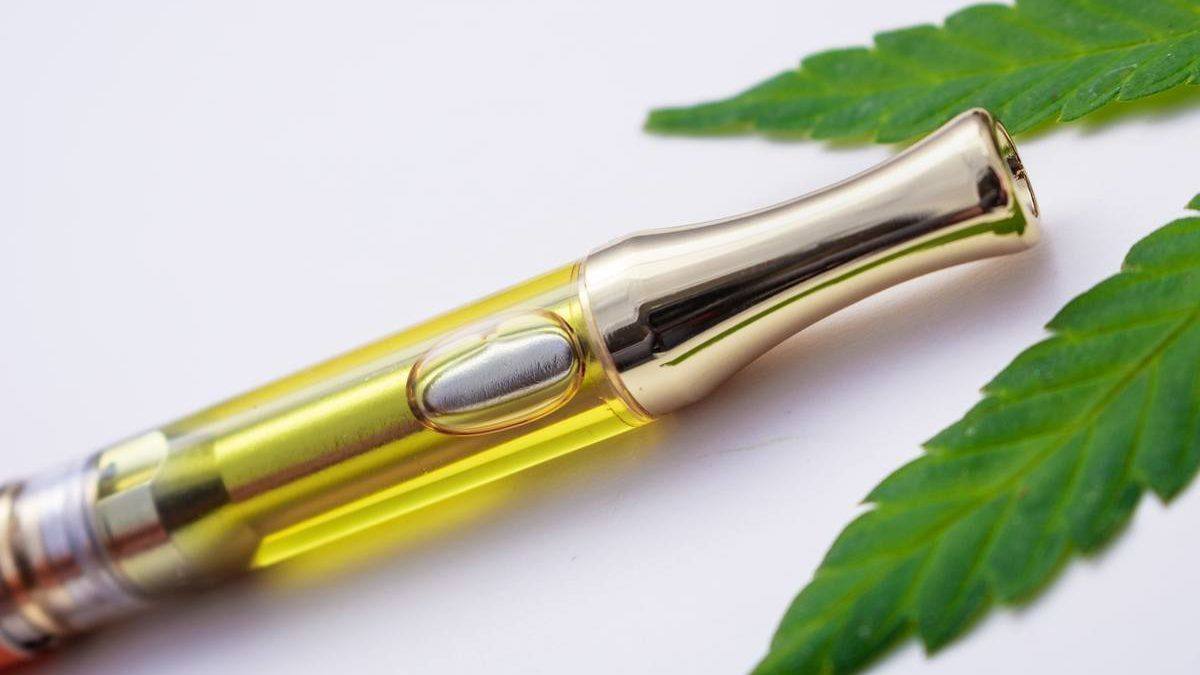 You’ll have noticed that in the discussion above, many of the dental health problems were associated with nicotine specifically. That may have left you wondering to what degree smoking an e-cigarette containing cannabis oil instead of nicotine would reduce the risks to a healthy mouth. Unfortunately, there still are significant risks.

Smoking anything generates a lot of heat, and the heat dries out your mouth. That harms good bacteria, encourages the growth of harmful ones, and leads to plaque buildup and other periodontal issues.

Smoking THC produces a residue that builds up on teeth over time and adheres to uneven surfaces where there are fillings or other slight damage. This can produce staining that’s difficult to remove

THC is well known for inhibiting saliva production and producing dry mouth, sometimes to such an extent that it’s difficult to speak, chew, or swallow. As already noted, dryness in the mouth is conducive to gum disease and tooth decay.

Inhaling THC can also stimulate the appetite. If this results in a lot of unhealthy snacking, the consumption of soda, candy, or cookies, for example, the individual is naturally at greater risk of tooth decay.

As a result of all the above, those who smoke cannabis oil are likely to develop white spots or patches in the mouth, an overgrowth of tissue along the gums and teeth, impaired saliva production, inflammation and bleeding of the gums, alveolar bone loss, and periodontal disease possibly leading to tooth loss.

People who would like to safeguard their oral health and still use marijuana products may wish to consider the option of consuming marijuana edibles or applying cannabis-infused topicals for their analgesic and anti-inflammatory properties.

Overall, the research suggests that whether you’re using a nicotine product or one made with THC, vaping can be just as bad for your dental health as traditional tobacco smoking. You should consult a family dentist such as Comfort Care Family Dental at https://ComfortCareDentists.com or consider carefully before taking up the e-cigarette habit. It can acquaint kids with health risks, and, if you must vape, take special care to safeguard your oral health.

Choosing the right dentist is an important part of maintaining the good health of you and your family. Whether you’ve moved to Huntsville recently or are a longtime resident looking for a change of pace, finding the best dentist for you can take time and research.

The reward for your efforts will be an expert dentist and welcoming office experience, surrounded by staff who make you feel well taken care of and like part of the family each time you visit.

So, what should you take into consideration when you choose a dentist?

You probably want your dentist to be conveniently located. The closer in proximity to your home or work, the easier it will be to schedule appointments at your convenience — before work, when you’re headed home, or even during your lunch break!

That means the first thing to check is location and hours of operation so that you can ensure your new dentist fits perfectly into your schedule.

A dentist’s website can tell you everything you need to know about their office.

There should be information about the care they provide and their overall philosophy about dental care, which can help you determine if they meet your needs and values.

Here you’ll also find policies, information about insurance coverage, and an estimate of cost. Looking through all of these details is important, as you want to make sure your new dentist isn’t outside your budget or your insurance network.

Check to see if they have a page that explains what to expect during your visit, so that you feel calm and confident about your first appointment. The right dentist will perfectly meet your needs. 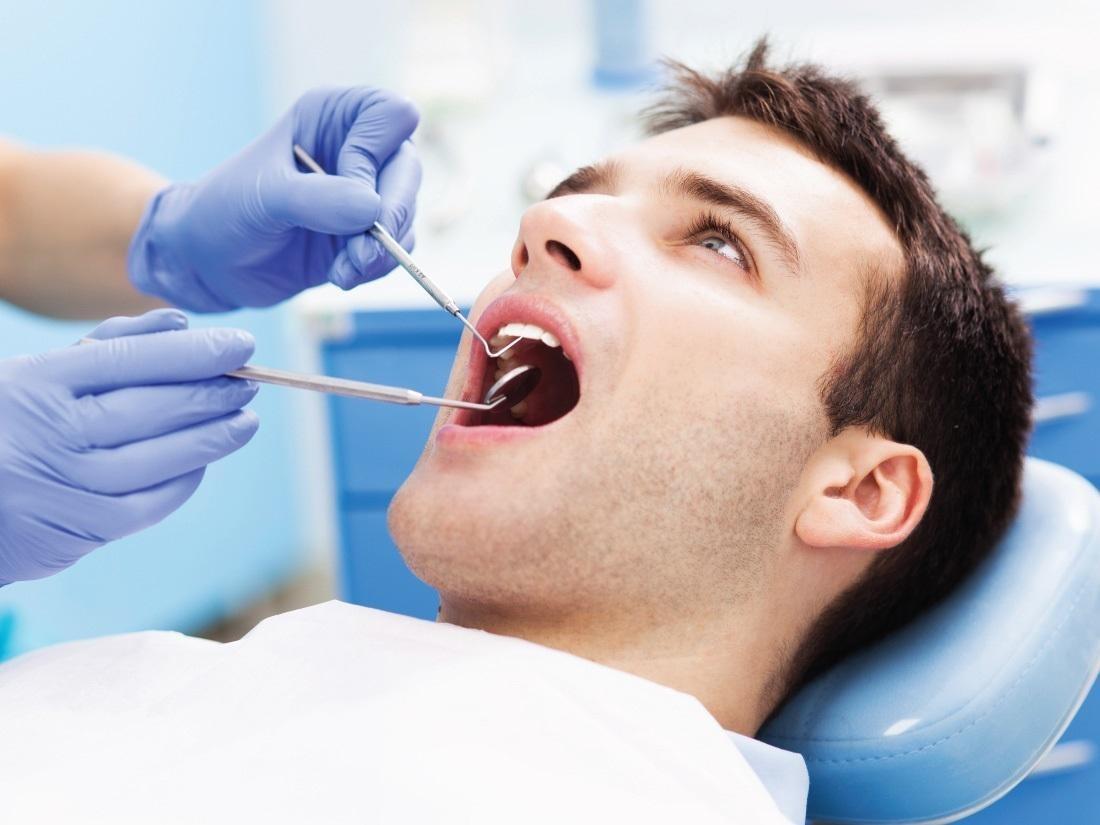 Most dentist offices offer patient testimonials or reviews on their website so that you can check out what previous patients have to say about the dentist’s services. Make sure to read the comments as you’re scoping out potential dentists, as personal experience is a great reference point!

You can also ask friends, family, neighbors, or co-workers for their dentist recommendations.

Choosing a Dentist That Meets Your Needs

After you’ve done your research, if you’re still not sure, call and schedule an appointment or office tour! Experiencing the office environment for yourself and meeting the staff will help you determine if you’ve found the right dentist for you. If you’re not comfortable with your experience, you’ll know you need to keep looking.

The right fit will feel like the right fit. When it comes to dental care, nothing is more important than making you feel safe, comfortable, and at home so that you can stop dreading your dental appointments and look forward to them, instead.